We all have a soft spot for a classic anime or two. My repertoire happens to include many old-school titles from the 90s and early 2000s. What can I say? I am drawn by that nostalgic art style and the feel-good storylines that send me back to a time where things felt just a little less devastating… even if it was only a childhood illusion.

There are just some anime that deserve to be regarded as a staple. You know exactly what kind I’m talking about – the classics that everyone seems to know, even those who are not necessarily anime fans, because they have gone down in history as one of the Greats. If there is an anime that I feel deserves to be added to this prestigious list, it would certainly be Cardcaptor Sakura.

Magical girl Sakura as she gets ready for battle.

Cardcaptor Sakura follows ten-year-old Sakura Kinomoto as she discovers an ancient book containing magical cards, only to accidentally release them into the world to cause havoc. It is her duty to collect the cards back and eventually become the master of the cards.

Most of you might know by now that Netflix has added this title to their ever-expanding list of anime. To be honest, before spotting it on my scroll, I’ve never heard of this one before. But within a matter of five days I binged the series and loved it. Without spoiling it for you (because we ALL hate spoilers from shows that are old enough to drink legally in the U. S. of A.) Cardcaptor Sakura is an anime geared toward young girls and fits in the magical girl genre. While some of it is purposely childish and may come across as annoying to older audiences, there are themes and situations that I found were wonderful and actually well ahead of its time since its release in 1999.

One of the greatest parts of this anime is how common and accepted it was that the characters would express who they liked – male or female – in such a fluid way. Throughout the show we had characters express crushes or even romantic feelings for either the same gender or for both girls and boys, and this was treated exactly the same as if it were a heterosexual relationship. I really found this to be a defining feature of this show and something I truly appreciated.

Just Acceptance and Kindness in General

Watching this anime, you will notice that classmates and other supporting characters always have such kind and positive words to say about one another, even when that character is not around to hear it. Countless times you will hear someone talk about how beautiful Tomoyo’s singing voice is or how wonderful Sakura is at athletics. This is something I wish more shows would implement, especially kids’ shows. It’s a great reminder that we truly need to build one another up in public and in private.

Sakura and Syaoran had a real rocky beginning to their relationship. Both were after the Clow Cards and were each other’s greatest competition. However, over time they came to work together and rely on each other’s strengths to collect the cards as a team. This is something you might see in other anime, but it works especially well in this show.

Deals Well with a Controversial Relationship

Something that is mentioned throughout the anime is the fact that Sakura’s mother passed when Sakura was only three years old. Something else that is also heavily touched on is the detail that Sakura’s mother was sixteen when she married her father, who was a college professor at the time. Um… yeah. But y’all have to understand that the age of consent is shockingly young in Japan. In most areas, the age of consent is only thirteen years old (remember, little naive Sakura is ten at the start of the anime and twelve at the end) so while it might blow our minds, this is not out of the ordinary for some. However, though it was technically legal, we do see that many of Sakura’s mother’s side of the family did see a problem with it and made it perfectly known. Eventually the air is cleared and it seems old grudges are put to rest, but it was interesting to watch how the family as a whole dealt with this touchy subject.

Keep Working Hard to Improve, Even If You Can’t Save the Ones You Love

Sakura is only a young child when she is given the vast responsibility of becoming the master of the Clow Cards (soon to become Sakura Cards but shhh… that’s a spoiler y’all aren’t ready for!) and it is evident that she is not as strong as her predecessor in her magical ability. Because of this, a guardian was quickly losing his power and without intervention of some sort would eventually fall asleep and disappear forever. And there was nothing in the world that Sakura could do about it. I found this to be important because sometimes, no matter how hard one works, some things are beyond our control. And to see that in a children’s anime was refreshing. Even having amazing powers cannot always save the ones you love, but you still have to push to improve despite this. And that was beautiful.

Okay guys – what do YOU think? Should Cardcaptor Sakura become a staple in classic and retro anime? Let us know what you think in the comments below! 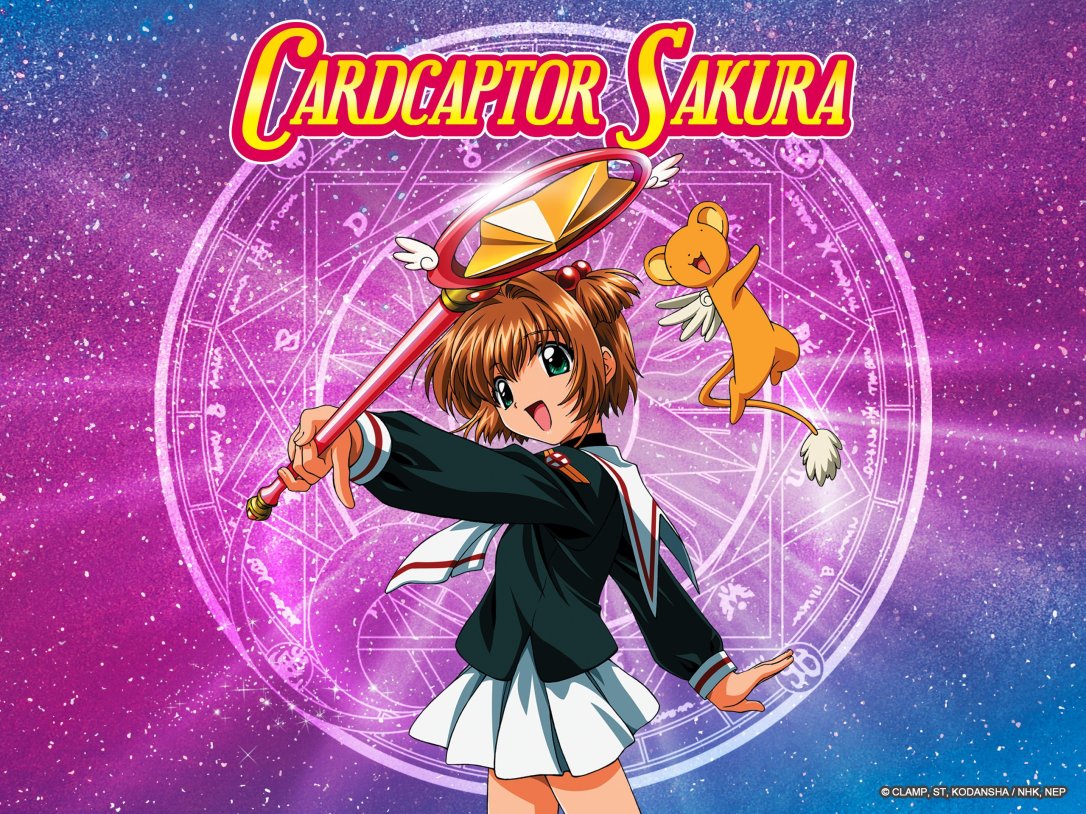 Also remember to check out our list of amazing sponsors! Supporting them means you are supporting us in bringing you some of the best nerdy topics every day, so let’s spread the love! 🖤🎮😘

M.I.H. McCool lives in the little town of Danville, Illinois. When not fervently writing, she performs in community theater, sings show tunes in inappropriately public places, works in insurance, and teaches dance aerobics classes. McCool, who graduated from Meridian High School in Meridian, Mississippi, lives with her dog, Angel, and a turtle named Roosevelt. The Contract: The Revelation of the Opal is her first published novel. View all posts by theundisputedunknown